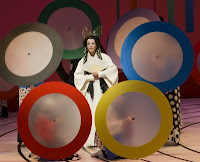 Today is the first board meeting of the 2009-2010 Season, so it is the perfect time to officially wrap up last year.

The 2008-2009 Annual Report [PDF/4 mb] is now available and the news is good. For the fourth consecutive season, Madison Opera ended its fiscal year "in the black" with a positive net income. Despite a historically-challenging economic climate, we produced an artistically exceptional season and saw an increase in donated revenue. Our community education initiative Creating OPERAtunities was launched with new programs such as the High School Apprenticeship Program and Madison Opera Book Club along with continuing programs including the Student Matinee, A Night at the Opera, and Opera Up Close. Madison Opera remained committed to its mission to engage, inspire and enrich the community while advancing appreciation for the operatic art form and awakening new audiences to the excitement of opera. From a personal standpoint, I can say we all had a lot of fun along the way, too.

At the year end meeting of the Board of Trustees in August, new members were appointed and governing officers elected. We are happy to announce that Carla Alvarado, Laura J. Berhahn, MD, Catherine Furay and Patti Lucas are the newest members of the Madison Opera team. The new officers are Fran Klos (President), Stephen Hurley and Peter Lundberg (Vice Presidents), Martin Barret (Treasurer) and Jan Von Haden (Secretary).

Thank you to our board, patrons and donors for a fantastic year! We look forward to sharing the new season with you all.
Posted by Madison Opera at 10:20 AM No comments:

The rehearsal schedule for Carmen landed in my inbox yesterday, a definitive sign that opening night is not that far off. The artists arrive in 3 weeks, and come Nov. 6 the curtain goes up on the 2009/2010 Season.

So, how to prepare for Georges Bizet's ever-popular Carmen? Maybe you've seen it five times, maybe this will be your first. Either way, I hope you'll enjoy the Carmen edition of Click/Read/Watch/Listen [PDF, 192k]. For newbies, these links should help you get familiar with the story, music, and background of the opera. And if you're an experienced Bizet-nut, perhaps you haven't researched Merimee's novella "Carmen" or mined YouTube for a Lego-version of the opera. Happy clicking!
Posted by Madison Opera at 9:22 AM No comments: 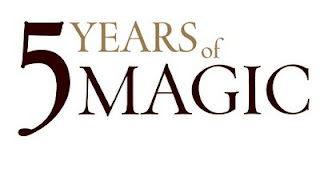 The Overture Center for the Arts is celebrating 5 years of magic in Madison this Saturday with an open-house featuring free showcase performances, ticket giveaways, kids activities, birthday cake and a red wine tasting. Take a VIP backstage tour and explore all the nooks and crannies of the beautiful complex, including the rarely opened Audubon Room; listen to stories of the Overture Center's architects and experts; and enjoy hearing both the concert organ in Overture Hall and the Barton Organ in the Capitol Theater. Browse a full schedule of events and plan to stop by, Madison Opera will be there!
Posted by Madison Opera at 9:33 AM No comments:

Opening night at the Met

Last night was the opening night of the Metropolitan Opera's 2009-2010 Season. Puccini's Tosca was the vehicle for star-soprano Karita Matilla and visionary director Luc Bondy. In just one night, the Met's stark, edgy new interpretation of this repertory classic has caused a sensation in the world of opera, begging the question over at Aria Serious: is opera for the present? The answer is of course yes, but directors updating or riffing on a composer's original intentions must always walk a fine line. 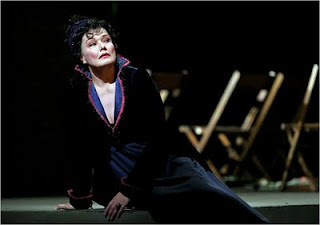 So the press hoopla today is revolving primarily around the fact that there were hearty boos last night for the production team (not the singers). As writer/composer Galen Brown wrote on Twitter this morning: "Didn't see Met's Tosca, so no opinion on specific case, but love that booing is part of opera culture--audience opinion counts." Ann Midgette of The Washington Post then responded with this: "On booing: Lukas Foss, when his Beethoven symphony performance was booed in Munich: 'At last, someone understands my music!'" In similar fashion to Foss, Bondy responded after the performance of Tosca last night, "If people were happy after Tosca, then I would be upset."

I agree with Brown that any paying audience has the right to voice their opinion, positive or negative. That booing is so entrentched in opera culture only confirms what we already know: opera fans have an usual passion for the art form. On the flipside, it is a little bit heartbreaking to see so many hours of hard work and comitted artistry dismissed in the heat of the moment, without allowing time for the interpretation to properly digest. Bondy seems to understand this last part though, and so he remains calm: his comment suggests a feeling that in time people will come around to his interpretation. Maybe so, as some already feel his work was quite powerful: as Opera Chic writes, "Stripped of sentimentality, this was a thinking man's Tosca. And we were illuminated."

But I digress. The original intention of this post was to bring attention to David Pittsinger, our Mephistopheles in Faust this past May, who was hailed for a "stirring performance" as Angelotti in Tosca last night by the New York Times. And of course, soprano Danielle de Niese, who sang at the Union Theater in February, will be at the Met tonight as Susanna in Mozart's Le Nozze di Figaro (she too seems to have infatuated someone over at the Times). Toi toi toi!

Posted by Madison Opera at 2:30 PM No comments:

Congratulations are in order for Maestro Kelly Kuo! Kelly was our conductor for Cosi fan Tutte last March and he has just been awarded a prestigious Career Assistance Award from The Solti Foundation US. Madison Opera is always proud to support exciting young talent. Judging the response Mr. Kuo received in Madison and this remarkable vote of confidence from the Solti Foundation, he is certainly someone to watch!

An accomplished young conductor and pianist, Kelly Kuo has had tremendous success working with both singers and instrumentalists in the United States and abroad in an astonishingly broad spectrum of repertoire. Currently Assistant Conductor of the Cincinnati Chamber Orchestra, Kelly Kuo made conducting debuts last season with the Lyric Opera of Chicago Porgy and Bess and Madison Opera Così fan tutte, returned to Lyric Opera San Diego to lead Trial by Jury and the world premiere of Rumpelstiltskin by Nicholas Reveles and conducts numerous performances of Porgy and Bess at the Hamburg Staatsoper.

Posted by Madison Opera at 11:51 AM No comments:

Madison Opera would love to know more about its wonderful audience. In anticipation of the new opera season, would you mind helping us by completing this brief online survey? You'll have the chance to tell us things like where you get your news and why you attend the opera. The whole thing should take less than five minutes to finish. Thank you in advance for your time and help!
Posted by Madison Opera at 11:10 AM No comments:

UPDATE: Check out this post about Madison Opera's new season on the Inside Overture blog.
Posted by Madison Opera at 11:15 AM No comments:

Get excited for the 2009/2010 Season with this new YouTube preview, featuring the sights and sounds of our productions of Carmen, The Turn of the Screw and The Flying Dutchman. Check it out (click HQ for high quality version after it starts playing):


Also visit our new and improved YouTube page at YouTube.com/MadisonOpera.

Single tickets go on sale Monday, September 14th at 11 a.m. through the Overture Center Box Office.
Posted by Madison Opera at 11:02 AM No comments:

What's been going on

It has been a busy few weeks in the office as we continue to wrap up our fiscal year and buckle down for single ticket sales (NEXT MONDAY!!) and Carmen. In addition, we've spent some time completely rearranging the front of our headquarters here at 3414 Monroe Street in preparation for the arrival of our new marketing and development associate Laura Albrecht. Laura started last week and we're thrilled to have her! Coming from Texas where she worked at Austin Lyric Opera, Laura is just starting her MBA in arts administration at UW-Madison's Bolz Center.
Posted by Madison Opera at 9:18 AM No comments:

We met the challenge! 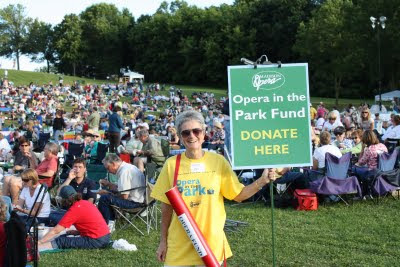 Madison Opera is thrilled to announce that, thanks to the tremendous support of the community, our $100,000 Opera in the Park Challenge was a huge success! We raised over $50,000, which was then matched by a special friend of the Opera for a total campaign revenue of $101,396. This campaign attracted the largest community response we have ever experienced and helped to make Opera in the Park 2009 not only an artistic success, but a financial one as well. Thank you! 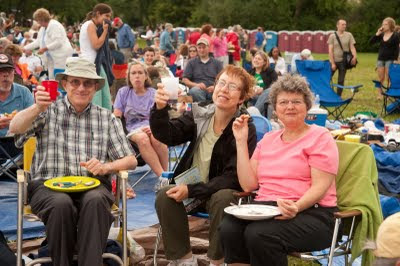 Posted by Madison Opera at 9:21 AM No comments: